Atelier Sophie is the latest game in the long running Atelier franchise. As the title suggests, players operate an atelier and make items with gathered materials. The games feature JRPG staples, such as turn-based battles and a colorful cast of characters, but the emphasis is clearly placed upon item crafting and slice-of-life moments spent with friends.

Like past games in the series, Atelier Sophie opens to reveal a young girl hard at work in her shop. What sets Sophie apart from past games is that its protagonist isnt suddenly presented with a boatload of debt to pay off, or forced to work against a strict time limit to complete quests for a governmental body. Instead, Sophie is learning how to toil as an alchemist while keeping her grandmothers atelier open. She soon stumbles upon a talking amnesiac alchemy book named Plachta, and must fill its pages with recipes to restore the memories the volume once contained. 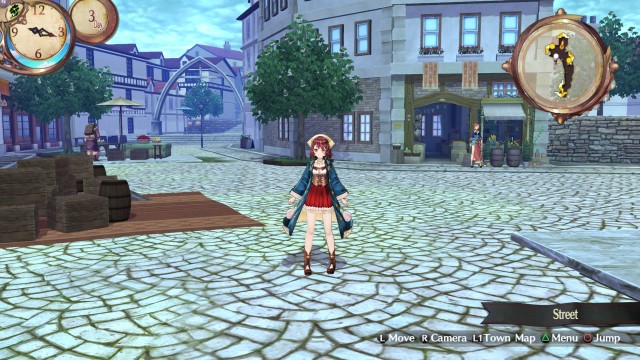 While Atelier Sophie does feature an overarching narrative, the true strength of its story lies in its ability to tell a number of smaller, more intimate, stories. In between adventuring and item crafting, Sophie hangs out with her friends and forms stronger bonds. The game shines during these moments, selling the idea that youre playing a slice-of-life anime where life moves slowly and even the littlest things somehow feel extraordinary.

What makes these interactions so interesting is that Atelier Sophie brings back a modified version of the time mechanic featured in past games. There are no deadlines, beyond those that apply to certain side quests, but each character moves on a defined schedule. For instance, Sophies best friend, Monika, hangs out around church on Sundays. She may ask Sophie to attend next weeks service with her. If Sophie remembers her commitment and shows up, Monika will become friendlier towards Sophie and may even unlock new skills that can be used in battle.

When Sophie isnt interacting with the kooky inhabitants of her town, shes making items in her atelier. These moments make up the meat of the game, which features the same complex item synthesis systems that returning fans will recall from the Dusk trilogy. Atelier Shallie: Alchemists of the Dusk Sea greatly simplified alchemy, and Sophie takes that streamlining process a step further with a more visual system that has each ingredient taking up spaces in a 6x6 or larger grid. As each item is placed in this grid, and depending on the element with which it is paired, the resulting items elemental strength and correlating enhancements are increased. Theres a lot of flexibility, especially once Sophie obtains new cauldrons and begins using higher quality ingredients. 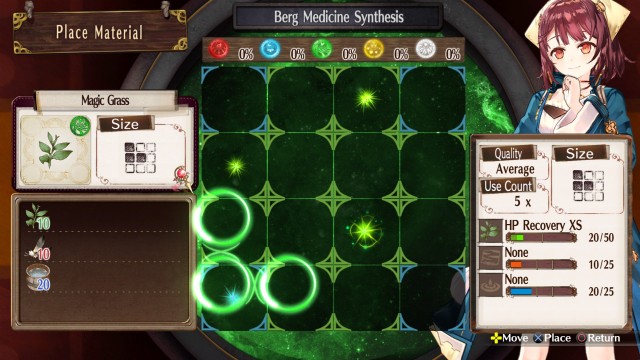 Speaking of ingredients, item gathering is much smarter in Sophie than it was in past games. In Shallie, item availability and rarity were tied to a seemingly arbitrary happiness meter that went up and down for reasons that were never fully explained. This time around, items on the field can change based on the time of day and weather. Also, as Sophie collects more items in any one field, the monsters grow stronger, but the rarity and quantity also improve. Atelier Sophie requires an interesting balancing act, because pursuing better items means running the risk of getting destroyed by monsters.

You can bet on getting destroyed by monsters rather often, even if you're cautious. Atelier Shallie presented plentiful opportunities to gain combat experience simply by completing quests. Shallie and allies became far more powerful than monsters in a short amount of time. Leveling is much slower in Atelier Sophie, however, and the game requires players to take more advantage of combat items and abilities in order to survive some of the more intense encounters. 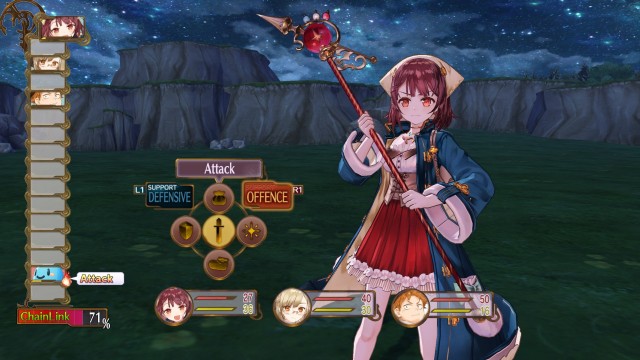 Atelier games are generally strong mechanically, but a major draw also lies in their presentation. Like every installment before it, Atelier Sophie is a real looker. While the environments are largely simplistic and betray the game's multi-platform existence, the character models are gorgeous. Im convinced that no other development team translates concept art to in-game models better than Gust does, and Atelier Sophie is further proof of that theory.

Though Atelier Sophie is an excellent game, it will likely appeal to a limited audience. Its slow-paced and content to focus more on hanging out with friends than on the dash of adventure that's available on the side. Under that slice-of-life veneer, however, lies a complex and flexible item synthesis system that demands serious investment from players. If you're intrigued by the idea of spending hours gathering components just so you can make one item, youre probably an Atelier fan already. If you havent yet tried the series, though, know that Sophie is also the most accessible entry yet in terms of story and mechanics. So grab your cauldron and start brewing some rare items!
4/5

If you enjoyed this Atelier Sophie: The Alchemist of the Mysterious Book review, you're encouraged to discuss it with the author and with other members of the site's community. If you don't already have an HonestGamers account, you can sign up for one in a snap. Thank you for reading!

© 1998-2020 HonestGamers
None of the material contained within this site may be reproduced in any conceivable fashion without permission from the author(s) of said material. This site is not sponsored or endorsed by Nintendo, Sega, Sony, Microsoft, or any other such party. Atelier Sophie: The Alchemist of the Mysterious Book is a registered trademark of its copyright holder. This site makes no claim to Atelier Sophie: The Alchemist of the Mysterious Book, its characters, screenshots, artwork, music, or any intellectual property contained within. Opinions expressed on this site do not necessarily represent the opinion of site staff or sponsors. Staff and freelance reviews are typically written based on time spent with a retail review copy or review key for the game that is provided by its publisher.