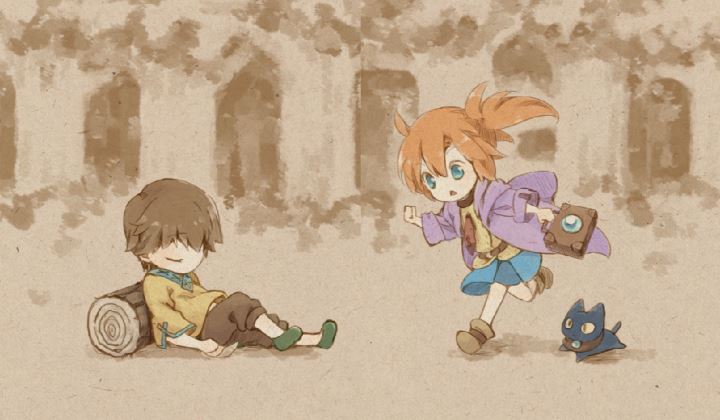 Resette's Prescription ~Book of memory, Swaying scale~ is a Japanese point and click adventure game that has been translated to English and released on Steam. Jason Venter recently reviewed this title and he covered the basics of what the game is about pretty well, but I have to say that he was way too kind to this title.

I will admit that this game's premise is interesting. A story about a girl who can enter people's hearts and heal them from the inside-out is a good idea. That sounds like a game I would like to play, or perhaps an anime that I would like to watch. It was enough of a hook for me to give Resette's Prescription a try, but in the end I was left reeling by just how bad it was.

For starters, this game has a lot of dialogue, but it is so heavy on exposition that the writers must think that the players are blind. Upon walking onto a city street, Resette comments: "At first glance, this appears to be the inside of a town." Uh huh. Really? Then, later in the game when Resette and Gaede (her assistant, who also happens to be a magical talking cat) investigate a library, Gaede comments: "This appears to be a room where they keep documents and other materials." No shit, Sherlock. 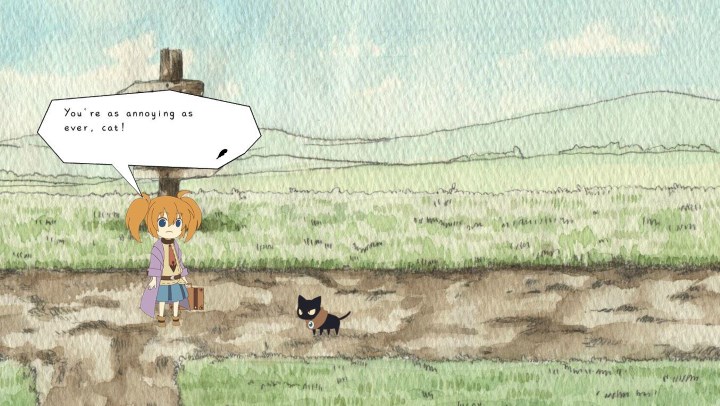 It also doesn't help that the characters are generally unlikeable. Resette is a self-centered, materialistic brat who is always scheming about how to steal stuff, and Gaede is a stuck-up and self-righteous prick who thinks he's too good to be hanging around Resette, but for some reason keeps doing it anyway. By my estimates, well over half of the game's dialogue involves the two of them trading insults and bickering at each other like an old married couple. This was so persistent throughout the entire game that I wondered what its purpose was. It might've been trying to play off as humor, but if so, it wasn't funny. It also raised the question as to why these two are working together if they hate each other so much. Further, why are such self-interested personalities engaged in the business of helping people at all?

We also don't get to find out much about Resette and Gaede, which is strange considering they're the main characters. The only character who gets any development at all is Achille, a sick boy who Resette is trying to heal, but he's actually sort of a limp fish throughout most of it. There are some other supporting characters as well, but they are so flat and forgettable that I can't even remember their names.

As for the quality of the story itself, there is the potential for a good story here. There are heavy themes of sin, atonement, and a clash between "what's lawful" and "what's ethical", but it all feels very forced. The dialogue is delivered on about the level that a child would be able to understand, and in fact, that might be the game's intended audience. It's hard to tell though, due to the fact that really dark topics like murder and child abuse are touched upon. Regardless, I doubt that younger kids would much enjoy the slow pace of the game and the copious amounts of required reading anyway. 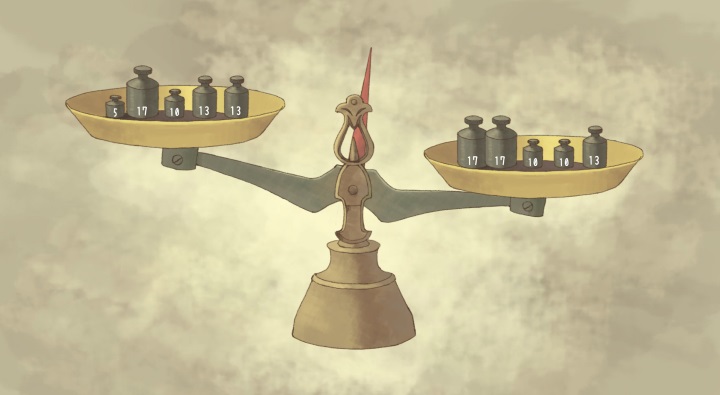 Then there are the puzzles. There are scant few of them (by my estimates, less than ten), and they are serviceable, but they often don't make sense in the context of the story. For example, in one scene, Resette needs to get inside a courthouse, but she finds that the doors are locked. She shimmies up a pole, sneaks across a ledge, examines a lamp on the courthouse's facade - and suddenly the lamp is nowhere to be seen, she is completely absorbed in a puzzle that involves scales and weights. Why? I dunno. Reasons. I mean, it is a courthouse, and scales are connected to justice and stuff, but why did that specific puzzle appear while standing on that ledge while staring at a lamp? Furthermore, what does the puzzle have to do with sneaking into the courthouse? Absolutely nothing, but after solving it you are able to sneak into the courthouse. Because that makes perfect sense.

Then, after you've snuck inside, you will be able to unlock the front door from the inside. If you decide to walk back out, you will find a very important puzzle item - A clock face - lying on the courthouse's front steps. Keep in mind that these are the same steps that you were at just a minute ago. The clock face wasn't there before, so why is it suddenly sitting on the steps now? Who put it there? I dunno!

I suppose it doesn't really matter, because the courthouse and the clock face are not actually real, they only exist inside the mind of Achille who Resette is trying to heal. But the clock face doesn't have any story hooks that could make it interesting; it doesn't seem to have any significance within the boy's subconscious at all, or if it does, it is never brought up. It's just another puzzle piece in a string of random puzzles that are very loosely connected to the story, if at all. 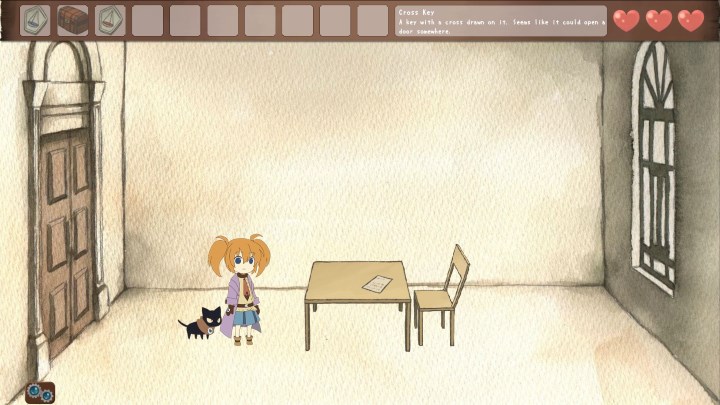 Then there are the game's graphics, which are often nice, but very inconsistent. The backgrounds are all hand-painted watercolours on textured paper, which is a unique and interesting style choice, but the quality varies widely. Some locations are gorgeous, while others look barren and rushed. They also clash with the character sprites, which are made from crisp cel animation. The mash-up of the two simply doesn't work.

On top of this, the controls are clunky. Sometimes you have to click on very precise spots to get Resette or Gaede to move where you want them to, but it's not always obvious where they are. You can make them run to their destination by double clicking, but that doesn't always work for some reason. Also, the dialogue crawls onto the screen extremely slowly, and while this can be sped up by clicking the mouse, sometimes this will skip to the next line of dialogue. I actually missed quite a few lines of the game's dialogue this way, but it likely didn't matter because the story is so thin that it's hard to miss anything important anyway.

On top of that, this game is glitchy. The pathing code is real bad, and sometimes Resette or Gaede will get stuck on couches, tables, chairs, etc. I also got into a seemingly no-win situation when the game froze up after I tried to perform a certain action. I did find a workaround; I went to the menu and hit the "SKIP" button, which normally allows you to fast-forward through large portions of dialogue, and that somehow ended me up in the next section of the game. Again, if I missed anything, it probably didn't matter. 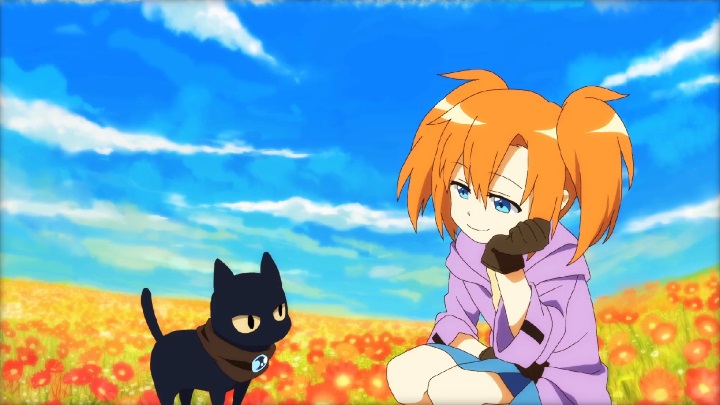 Honestly, there are only a few good things about this game. Firstly, it has an amazing title song. It is actually so good that I stopped at the main menu and refrained from starting the game just to listen to the whole thing. I rarely ever do that in games, but this one made me stop right in my tracks. The rest of the music throughout the bulk of the game is fairly well-composed too, including another nice song during the credit sequence.

It also has a beautiful intro sequence that is exceptionally well animated and worth seeing. However, it's the only sequence in the game like it, and the division in quality between it and the rest of the game is woefully apparent.

The verdict on this game is that it is borderline terrible. It has a few nice qualities, but only enough to make it barely worthy of a two star rating. In all other respects it has the quality of a bad (or free) flash game, and the asking price of $10 US is far too high for what you get.
2/5

If you enjoyed this Resette's Prescription ~Book of memory, Swaying scale~ review, you're encouraged to discuss it with the author and with other members of the site's community. If you don't already have an HonestGamers account, you can sign up for one in a snap. Thank you for reading!

© 1998-2020 HonestGamers
None of the material contained within this site may be reproduced in any conceivable fashion without permission from the author(s) of said material. This site is not sponsored or endorsed by Nintendo, Sega, Sony, Microsoft, or any other such party. Resette's Prescription ~Book of memory, Swaying scale~ is a registered trademark of its copyright holder. This site makes no claim to Resette's Prescription ~Book of memory, Swaying scale~, its characters, screenshots, artwork, music, or any intellectual property contained within. Opinions expressed on this site do not necessarily represent the opinion of site staff or sponsors. Staff and freelance reviews are typically written based on time spent with a retail review copy or review key for the game that is provided by its publisher.