The developers at Experience, Inc. are no strangers to the role-playing genre, having spent years making games based on the classic Wizardry format, each with its own unique spin. Stranger of Sword City, the team's latest project, throws players into a modern world filled with technology and magic. It's yet another "gridder" type of RPG, but with some unique design elements thrown in to keep things interesting.

You'll start your journey by forming your party, an involving process that can take 10 or 15 minutes all by itself. There are a number of Tolkien-esque races to choose from, in addition to the human party leader. These include stocky dwarves and the pint-sized pygmy. Each option has a unique stat bonus that pairs nicely with available classes. If you're trying for the archetypal Fighter or Samurai class, for instance, you might want to go with the innate strength of a dwarf, while those who prefer a nimble Ranger are better off being reborn as a Fey. 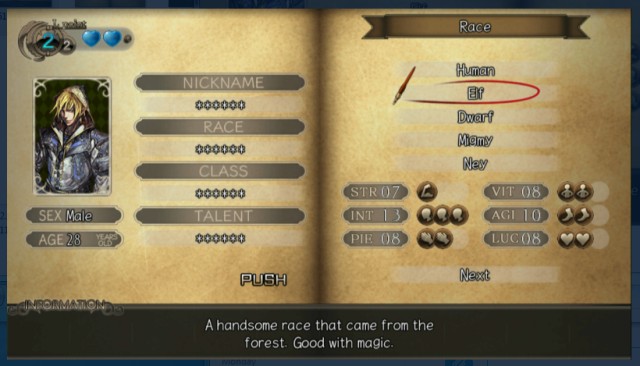 Interestingly enough, character age also factors into the process. Characters of advanced years start with a number of bonus points added to their initial stats, but possess a lower threshold of Life Points compared to the youngsters (something I'll touch on later in this review). Characters of any race and gender can belong to whatever class you choose, without first having to meet certain stat requirements. I began my own adventure with a six-member party led by a Knight, Fighter and Samurai in the front row, while the heroic Ranger, Cleric and Wizard served as the vanguard. This meant I had access to the basic spell casting and defensive roles that suited me, right from the start. It's also possible to direct a character to a different class as he or she gains experience over the course of the campaign.

Stranger of Sword City differs from other Experience-developed RPGs on the Vita for that very reason. The ability to change to another class may come at a hefty cost, including halved levels and the corresponding hit to HP/MP stats, but the character retains other stats and any abilities learned in the previous class. By multi-classing between job roles, characters gain the ability to equip weapons and armor that might otherwise be deemed too heavy. Characters can switch class a maximum of only five times, however, and that's counting any switch back to a previous vocation. Knowing how to take the greatest advantage of that mechanic is essential, since you'll otherwise have to do without some powerful abilities that are simply too powerful to ignore. Many enemies are immune to conventional weaponry, but the Cleric and Wizard possess powerful attacks that can make quick work of them. Any support character will thus need to spend some time in both classes, and also train as a Caster in order to access semi-permanent buffs that are available. 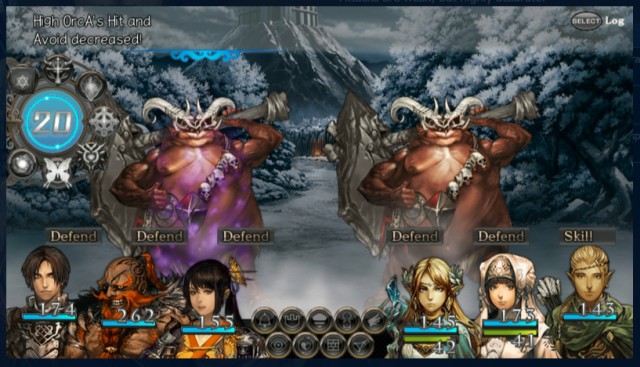 If you've played through titles such as Demon Gaze or an installment in the Etrian Odyssey series, navigating the world's various dungeons and mausoleums should feel quite natural. I devoted much of my own time to the game's auto-mapping feature, taking great care to mark each square so that I would be less likely to miss a secret door or ambush point.

Throughout the journey, party members might suddenly announce that theyve noticed something unusual in an otherwise barren room. Most of the time, they've discovered the location of one of the aforementioned ambush points. When you find such a place, the party can lay in wait as enemy groups pass by unawares. Enemy types are determined by location, but their levels and the loot they're carrying varies. You can wait until a tempting target appears, then relieve the monsters of whatever precious gear they are carrying in their treasure chest (I tended to skip over magic wands and underwear, in favor of bows and katanas). If you wait too long because you're feeling picky, you increase the chance that the enemy group will surprise you instead. If that happens, you'll usually find yourself on the receiving end of the ambush, set upon by an enemy that can strike with a range of powerful attacks before taking capable defensive measures. 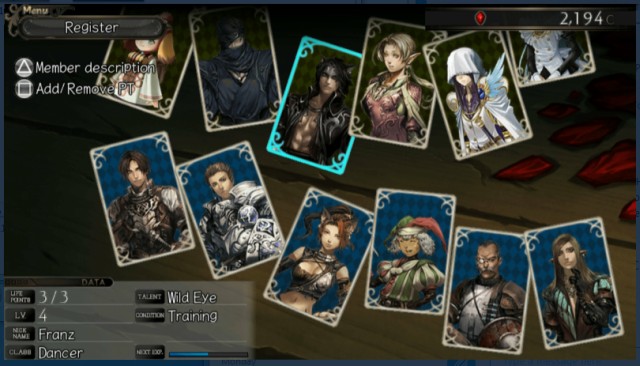 Survival is a luxury that is far from guaranteed in the world of Escario. True to the nature of the dungeon crawler, it's common to face certain danger and not live to tell the tale. In some titles within the genre, being incapacitated might mean a trip back to a church for a quick resurrection, or perhaps a stay in a hospital bed at the nearby clinic. In Stranger of Sword City, every character possesses a finite number of Life Points. When that character is brought down in the heat of combat, or falls prey to a trap, one Life Point is lost. Once the supply is exhausted, that's the end; the hero in question dies on the spot and there's no chance of a miracle revival.

You can perhaps imagine how that mechanic plays out over time. All too often, I would find myself swearing at the Vita after an errant monster attack ravaged my back row, or a cursed treasure chest exploded after combat and took out one of my spell casters who only had one Life Point left. Instant obliteration. Since the game only allows the player to save at the base, I'd have to revert to that old save and lose 20 or 30 minutes of progress in the bargain. At least Pew-Pew would survive to see another day. 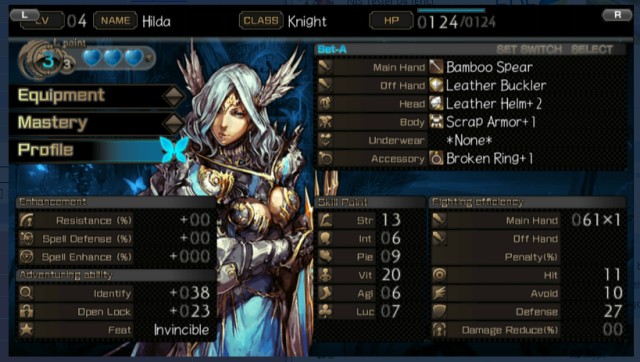 If you're not as attached to your comrades as I was, though, there's also the option to head back to base and create a new ally at any time. The developers must have figured this would happen regularly for some players, so they set it up so that new characters start at a higher level as the main hero levels. That boost ensures that a new party member is quickly able to get into fighting shape.

Even though my party members all too often fell victim to fatal attacks or party wipes, I found myself regularly returning to the world of Escario. The experience somehow just felt right. If you don't like the thought of losing a party member to a cruel roll of the dice, though, Stranger of Storm City might not be the ideal game for you. It seems to have been built specifically for players who are accustomed to and welcome the plodding pace and the grinding that the genre so often entails. If that experience sounds like something you might enjoy, you have options: you can try it on the go while playing the PlayStation Vita version, or kick back on your couch and enjoy the Xbox One edition. Either way you choose, a dangerous dungeon awaits you.
4/5

If you enjoyed this Stranger of Sword City review, you're encouraged to discuss it with the author and with other members of the site's community. If you don't already have an HonestGamers account, you can sign up for one in a snap. Thank you for reading!

© 1998-2020 HonestGamers
None of the material contained within this site may be reproduced in any conceivable fashion without permission from the author(s) of said material. This site is not sponsored or endorsed by Nintendo, Sega, Sony, Microsoft, or any other such party. Stranger of Sword City is a registered trademark of its copyright holder. This site makes no claim to Stranger of Sword City, its characters, screenshots, artwork, music, or any intellectual property contained within. Opinions expressed on this site do not necessarily represent the opinion of site staff or sponsors. Staff and freelance reviews are typically written based on time spent with a retail review copy or review key for the game that is provided by its publisher.