Clive's back, this time chasing a giant Tachikoma-looking robot around the world, because that's just the kind of things cowboys did on their down time in the 1800's. Didn't you know? Read a history book, guys. When Clive witnesses this robot attacking a town, he sets out after it, chasing it around the world until he can rain justice down on it and whoever sent it. What more motivation do you need for 25 levels of NES-style running and gunning? 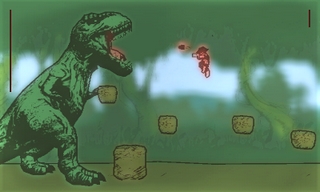 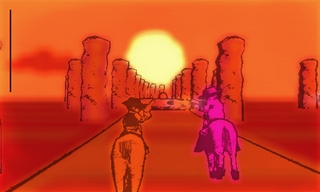 If you've played the original Gunman Clive (and why wouldn't you have? It's only $2), you'll have an idea of what to expect from its sequel. It wears its Mega Man inspirations proudly, with a simple move set consisting entirely of running, jumping, shooting, and crouching. With mechanics this simple, tight controls and consistency are key, and Gunman Clive 2 pulls them off.

Aside from Clive himself, there are two other playable characters (and a super secret one you can unlock by completing the game) that each have their own strengths and weaknesses. Ms. Johnson can float a little in the air, but she can't move while shooting. Chieftan Bob lacks a projectile attack entirely, but his spear deals heavy damage and can pass through walls. 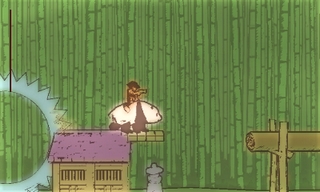 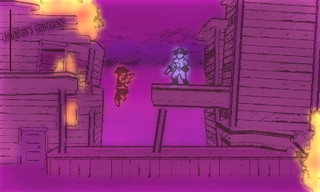 Simple mechanics rely on interesting level design to really build a worthwhile platformer, and you'll find a good bit of variety in the game's 25 bite-sized stages. You'll encounter mounts, gravity fields, falling tetrominoes (to be used as platforms), and other obstacles. Enemies are mostly straightforward grunts like cowboys and ninjas. One turret type enemy seems to be lifted directly from the first Mega Man. Some stages eschew 2D platforming entirely, transitioning the game temporarily to a 3D shooter or something else.

The game lacks checkpoints, but stages are very short, meaning you won't have to replay more than a minute or so of a stage to get back to where you died. Sometimes this doesn't feel like quite enough, as some of the toughest parts of the game take place in the back half of a stage, so even the 45 seconds it takes to make it back there get really old if you have to do it 10 times. Did I mention that Gunman Clive 2 is a tough game in general? It shouldn't take much more than half an hour to complete if you manage to rush through and do everything perfectly, but it took me 90 minutes to finish the first time on Normal difficulty. Gunman Clive 2 is challenging and mostly fair, though one stage involving riding a panda bear felt like it required a good bit of memorization. (There's a giant, terrifying saw blade rolling after you, and the camera pulls left to show it, meaning you can't see that far ahead of you to the right.) 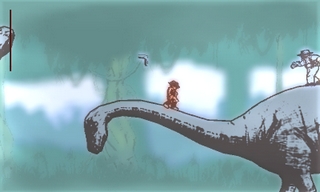 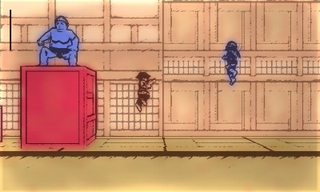 Gunman Clive 2's graphics are a real treat, taking the faux pen-and-paper art style from the prequel and adding some colour. Backgrounds are a single colour and enemies and objects are each their own single colour as well, with some bosses using a second colour to highlight their weak points. While everything is rendered in 3D (at 60 fps, I might add), the graphic filters leave the impression of moving drawings. It's a very nice style that is both pleasant to look at and easy to read. The music is just as good, with smooth guitar melodies that evoke the feeling of an old Western.

Gunman Clive 2 is a tiny game. It's simple and short, with solid mechanics and varied level design married with a top notch aesthetic. It won't keep you playing for hours upon hours, but it's a fun little game that's well worth your time and your $3. Retro-inspired platformers may be a dime a dozen these days, but don't miss Gunman Clive 2.
4/5

If you enjoyed this Gunman Clive 2 review, you're encouraged to discuss it with the author and with other members of the site's community. If you don't already have an HonestGamers account, you can sign up for one in a snap. Thank you for reading!

© 1998-2020 HonestGamers
None of the material contained within this site may be reproduced in any conceivable fashion without permission from the author(s) of said material. This site is not sponsored or endorsed by Nintendo, Sega, Sony, Microsoft, or any other such party. Gunman Clive 2 is a registered trademark of its copyright holder. This site makes no claim to Gunman Clive 2, its characters, screenshots, artwork, music, or any intellectual property contained within. Opinions expressed on this site do not necessarily represent the opinion of site staff or sponsors. Staff and freelance reviews are typically written based on time spent with a retail review copy or review key for the game that is provided by its publisher.