Fru$tration: Make it B!g
Vegas: Make It Big is difficult to pick up and easy to put down. The learning curve on this game is ridiculously steep. How steep? Well, Ive spent 20 hours playing this game and cant make it past the 2nd scenario steep. The first scenario was a face-roll, but number 2? Not so much. The game has a tutorial, but it doesnt help you with the intricacies of the game...which, unfortunately enough, will end up killing your business. Youd figure that they would just put it in the manual then...nope! Added onto this is the fact that the game is buggy. Youll notice random black cracks in the game separating the different sprites. Youll also have the game randomly crash, sometimes even having to reset the game configuration to get it to work again. 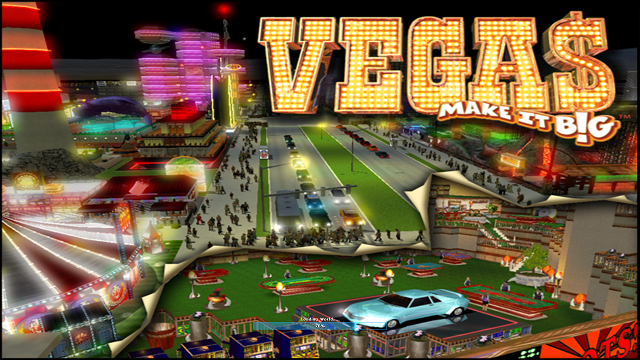 Do or Do Not...There Is No Try
You can actually tell that the developers put a lot of effort into this to try to make it a really in-depth and fun casino tycoon-esque game. They failed. The issue is that you cannot easily pick-up and play this game... its just unintuitive. Even for something as simple as moving the game screen left-to-right across the map I found myself having to delve into the manual to find out how to do it since the game doesnt auto-scroll the screen when your pointer reaches the edge...like every other game in existence does except for this one. The basic user-interface is pretty horrid to, with important options like repair and upgrade being relatively small and hard-to-find.

However, what really kills this game is the level of micro-management expected from the player. The larger you build your boardwalk empire, the easier it will become for it to fall under its own weight. The key issue here is the lack of AI-scripting for your support staff. Almost every structure that you build requires maintenance of some sort. However, the people maintaining the structures wont even act until it is already broken...MAYBE! Really? You are paying these people salary and they just sit around until something is broken and then fix it IF they feel like it? This leaves the player scrambling about trying to maintain everything before it breaks to keep the guests happy...which, even for a small casino, requires a lot of tedious work. 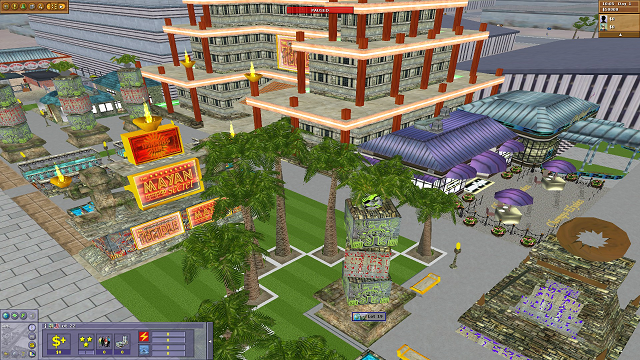 Leave This One in Vegas
3/10. There are a lot of issues with this game, but, they dont make Vegas: Make It Big so bad as to be turned off immediately. There are a lot of things that could have actually made this a decent game, and I spent over 20 hours giving this game a chance to live up to the potential and stop letting me down. It was fun to build up your own little empire on the Vegas strip, or deck out your casino. But after one crash too many, one failed scenario too many, one more telling the maintenance man to perform maintenance too many...Im done. Its best if you never begin. This game wont appeal to anyone but hardcore tycoon enthusiasts with the weight of its inept gameplay.
1.5/5

If you enjoyed this Vegas: Make It Big review, you're encouraged to discuss it with the author and with other members of the site's community. If you don't already have an HonestGamers account, you can sign up for one in a snap. Thank you for reading!

© 1998-2020 HonestGamers
None of the material contained within this site may be reproduced in any conceivable fashion without permission from the author(s) of said material. This site is not sponsored or endorsed by Nintendo, Sega, Sony, Microsoft, or any other such party. Vegas: Make It Big is a registered trademark of its copyright holder. This site makes no claim to Vegas: Make It Big, its characters, screenshots, artwork, music, or any intellectual property contained within. Opinions expressed on this site do not necessarily represent the opinion of site staff or sponsors. Staff and freelance reviews are typically written based on time spent with a retail review copy or review key for the game that is provided by its publisher.