The Besaid Aurochs Blitzball team is the laughing stock of Spira. Its players haven't won a single game in years, let alone a championship. However, just when all hope seems lost, a young man by the name of Tidus shows up in their humble village. He's a Blitzball prodigy, able to perform the fabled Jecht Shot with ease. Will his prowess be enough to help the Aurochs finally win it all, or will their arch-rivals the Luca Goers get the best of them?

No, this isn't the premise for a new ESPN 30 for 30 documentary. This is Final Fantasy X, a JRPG that wants very much to be a sports movie. Square-Enix recently gave the classic title and its sequel (Final Fantasy X-2) an HD makeover, despite the fact the majority of the franchise's fans have been clamoring for a remake of Final Fantasy VII. Those fans are going to have to wait awhile longer for that happen--if it ever even does at all--but they should take comfort in knowing that revisiting the journey to defeat Sin can work as a great substitute.

Virtually everything about both games in Final Fantasy X|X-2 HD Remaster remains the same, but there are some notable differences in addition to the higher resolution and improved character models. This is a re-release of the international versions, which means extra goodies to those of us in North America who have never seen those editions. Not only is there an Expert Sphere Grid in X that makes leveling a lot more interesting, but X-2 contains a Creature Creator to recruit monsters, the Festivalist and Psychic dresspheres and an additional dungeon. 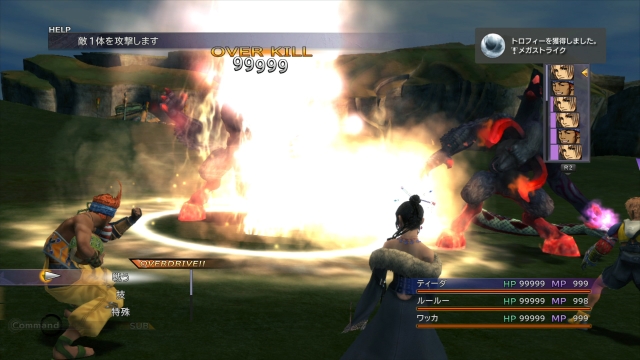 From a tech standpoint, X|X-2 looks great. Spira has never appeared so crisp and colorful. The remixed score sounds wonderful, too. However, the audio jarringly cuts out for a second right before cutscenes, and I noticed some texture and framerate issues, as well. Regardless, this is perhaps the best looking HD conversion I've seen to date.

Between the two games, X-2 is the weakest. I was disappointed with it in 2004 and I still am today. The additions found in the HD remaster do provide an excuse to replay it, but overall the game feels cheap compared to its predecessor. Granted, the dress sphere job system is imaginative, and there are plenty of fun-filled moments, but the story is unfocused and ultimately unsatisfying.

X, on the other hand, holds up better than I expected, especially the combat system. None of the characters are wasted since the battles rely so heavily on constantly swapping out party members for strategy. Most of the other games in the series required little effort in order for you to successfully complete encounters, either because they were easily exploited or just too simple. Granted, the Sphere Grid can make the team gods by the end, but the journey to get to that point is more challenging.

Another improvement is the writing. I either didn't realize it at the time or just flat out forgot that one of the core themes is a critique of religion that isn't exactly glowing. It's right there in the premise: Yuna and her Guardians must save the world from Sin. The central conflict between the characters involves them debating if killing Sin is even worth it since he will continue to wreak havoc every ten years even once they do. Some even question the teachings of their deity Yevon and wonder if perhaps the Al Bhed, who trade faith for technology, have it right. 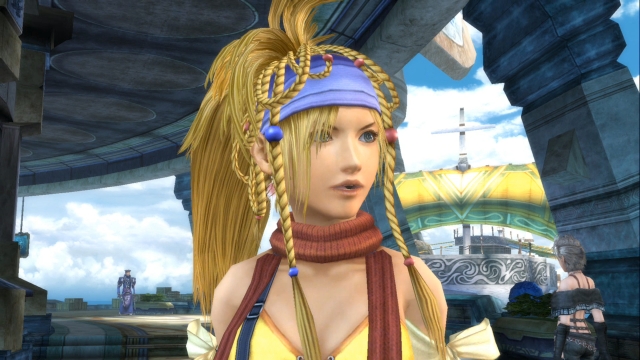 The deep narrative continues the character-driven storytelling that Square finally nailed in (arguably) Final Fantasy VI. However, unlike that effort and the following three entries, the script in X is tighter thanks to its linearity. Plenty of the previous titles contained early exploration and side quests, but here Tidus and company have to focus primarily on the trek from Besaid to Zanarkand before the map opens up and the extras can be fully experienced.

Forcing the player to stick to the beaten path allows the game to flow in its opening acts, and the writers smartly made every subplot reflect the main arc and let players tag along with Tidus as he learns about Spira and its peoples.

In comparison, X-2 seems to regress into the Final Fantasy style of old, and not in a good way. As in X, Yuna embarks on a collecting adventure, this time seeking spheres instead of Aeons. The difference, however, is exploration occurs sooner and multiple optional missions are available right from the start. A lot of them can be missed, and many of the subplots add little thematically. They function more as a distraction than anything, like when Yuna, Rikku and Paine drop everything to throw a concert. I'm not saying X-2 is terrible, but it doesnt live up to the standard set by its predecessor. From a world building perspective alone it's worth the price of admission, not to mention the clever dress spheres that can be switched quickly in battle and are much more entertaining than the job systems found earlier in the series. All told, it's a decent complement to its prequel.

Obviously, Final Fantasy X is the real prize in Final Fantasy X|X-2 HD Remaster, but X-2 has something to offer if viewed in the right light. This is one of the best HD remasters around and with any luck, Square-Enix will see fit to give other Final Fantasy games the same treatment or, better yet, make a new installment that delivers on the same level. Go Aurochs!
4.5/5

If you enjoyed this Final Fantasy X / X-2 HD Remaster review, you're encouraged to discuss it with the author and with other members of the site's community. If you don't already have an HonestGamers account, you can sign up for one in a snap. Thank you for reading!

© 1998-2020 HonestGamers
None of the material contained within this site may be reproduced in any conceivable fashion without permission from the author(s) of said material. This site is not sponsored or endorsed by Nintendo, Sega, Sony, Microsoft, or any other such party. Final Fantasy X / X-2 HD Remaster is a registered trademark of its copyright holder. This site makes no claim to Final Fantasy X / X-2 HD Remaster, its characters, screenshots, artwork, music, or any intellectual property contained within. Opinions expressed on this site do not necessarily represent the opinion of site staff or sponsors. Staff and freelance reviews are typically written based on time spent with a retail review copy or review key for the game that is provided by its publisher.