Not sure why anyone would ask the question should I? when the answer is so blatantly obvious. If you played Resident 4 for the Gamecube or PS2, you know its worth picking up now remixed in HD because out of all the thousands of games that have been released since then and now, scarcely has a re-released been so warranted. Dont believe me? I think the evidence below speaks for itself: 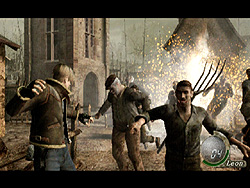 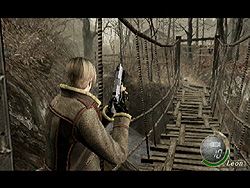 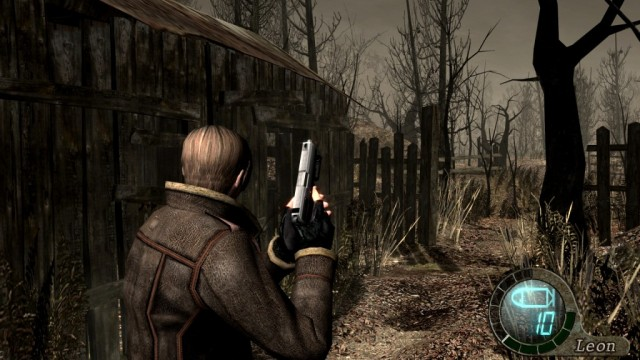 The way it was meant to be played.

So what, you may scoff. After all, were comparing different sized images from the first few minutes of the game. Nothing particularly exciting is even going on. But with that said, Ill take this Pepsi-challenge any old day of the week and re-emphasize my preference for seeing Leon Scott Kennedys back in clear high definition over, say, whatever the alternative is. Lets face it: Resident Evil 4 is one of the few games I have no qualms about repurchasing years after originally buying it because its such a great game to begin with. And the graphical update is just icing on the cake.

The HD versions only unique offering over its standard definition elders is a graphical refining. That means its essentially the same game as the PS2 version of Resident 4, in that it has all of the little extra side-stories and bonuses that come packaged in that version of the game. Does that make the PS2 version the definitive version of the standard edition? Slightly. But really thats not the point that Im trying to drive home. Even aside from the fact that Resident Evil 4 HD looks gorgeous today in spite of essentially being a last-gen game, it also still plays magnificently.

Theres a foreboding sense of dread around every corner of the games impressive and menacing environs. Who can forget leaving the village and heading for the castle to think that that would be the last part of the game, only to then realize that there was a huge island to explore afterwards? For all the complaints that were leveled toward the series for being stagnant and cumbersome, Resident Evil 4s creators took those to heart and made something truly special, something that to this day still feels fresh even after it was replicated in Resident Evil 5 and surely will be re-replicated to high heaven in the upcoming Resident Evil 6.

Opposite of that, others moaned that Resident Evil 4 took the survival out of survival horror, as there was no shortage of ordinance lying around waiting for use. Enough of that nonsense. Resident Evil 4 has always felt ominous, especially on the first run-through. If youre willing to take the game for a spin after beating it, that is when things get noticeably more comfortable, as Leon will be boasting a stock of nearly fully upgraded armaments with tons of ammo to boot. Anyone who truly enjoys experiencing any of the Resident Evil titles knows that unlimited-ammo rocket launchers and Chicago Typewriters are for those seeking a joyride and not a true experience for how the game is meant to be played. Resident Evil 4 isnt hard by any means, but it sure does a good job of making you think twice about saving that last box of shotgun shells for something more spiteful than a pitchfork-wielding group of madmen.

With all of the little extras afforded in this rendition, youll also come to realize that theres more than just the main game. Assignment Ada is a worthwhile diversion, and Separate Ways is an even more interesting (if not chronologically perplexing within the timeframe of Resident Evils main game) add-on that makes its return from the PS2 version. There are also the fun extra costumes that Gamecube owners never got to experience such as the Chicago mobster outfit for Leon and the cacophonous-though-impervious armor suit for Ashley.

If you enjoyed this Resident Evil 4 HD review, you're encouraged to discuss it with the author and with other members of the site's community. If you don't already have an HonestGamers account, you can sign up for one in a snap. Thank you for reading!

© 1998-2020 HonestGamers
None of the material contained within this site may be reproduced in any conceivable fashion without permission from the author(s) of said material. This site is not sponsored or endorsed by Nintendo, Sega, Sony, Microsoft, or any other such party. Resident Evil 4 HD is a registered trademark of its copyright holder. This site makes no claim to Resident Evil 4 HD, its characters, screenshots, artwork, music, or any intellectual property contained within. Opinions expressed on this site do not necessarily represent the opinion of site staff or sponsors. Staff and freelance reviews are typically written based on time spent with a retail review copy or review key for the game that is provided by its publisher.